George Fisher was a minor league version of Riggs Stephenson with Babe Ruth’s stance – a remarkable hitting outfielder with good speed and little ability to make plays in the field, especially near the outfield wall.

Fisher made his mark after a couple of crazy good seasons in the minors. He hit .378 for Miller in the South Dakota League in 1920, then had back to back seasons over .350 with St. Joseph in the Western League. After hitting .365 with New Haven in the Eastern League, Clark Griffith gave Fisher a shot with the Senators. Fisher didn’t totally impress with the bat as he had just 15 hits in 64 at bats over 28 games. And he wasn’t much of a glove man. Fisher was with Washington at the beginning of the 1924 season, but was “traded” back to Minneapolis for Carl East, only to have East jump the Senators. Clark Griffith tried to get Fisher back, but the owners of Minneapolis appealed to Judge Landis and Fisher was allowed to stay with the Millers.

George’s only season as a major league regular, well – close – was with the 1930 Cardinals when he appeared in 92 games as a corner outfielder and pinch hitter. He hit a stunning .374 with 8 homers and 61 RBI in 254 at bats. He played once more with the St. Louis Browns in 1932, appearing in 18 games mostly as a pinch hitter and getting four hits in twenty-two at bats.

He spent the bulk of his career in the high minors, where he hit about .340 over a 15 year period (1919 to 1933) playing in towns like Minneapolis, St. Joseph, Buffalo, Rochester, Milwaukee, and the Little Rock and Nashville in the Southern Association. He regularly hit over .350 and didn’t hit under .300 except in his brief MLB stints and his final year in Milwaukee where he hit .216 in limited play – at 34 years old.

George Aloys Fisher was born 16 January 1899 in Wesley, Iowa but was raised in St. Anna, MN. He learned to play ball on his farm and with local town teams in Stearns County, MN. When the Millers first gave him a look, he took five turns as a pitcher and played in the outfield. 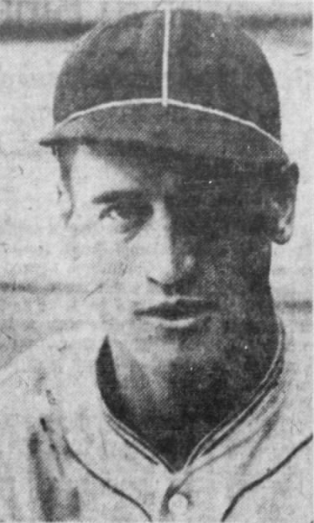 Fisher said he got the nickname “Showboat” in 1930 because he had a style all of his own. “I had a fancy batting stance. And when I’d come up to the plate, I’d take my time. I’d look around, see who was playing out there.” And, because the Gashouse Gang all had nicknames. In later years, as the Designated Hitter became the norm, Fisher always said that with his poor fielding, the DH was a position he wished he could have played when he was in his prime.

As for his stance, Fisher said his stance and swing was a lot like Babe Ruth’s – feet close together and his hands near his belt.

“George has shown two great weaknesses during his stay with the Millers. First, he never learned how to play the right field fence. Second, he paid a little more attention to his batting average than he did to the team standings,” wrote Charles Johnson of the Minneapolis Star.

“Although a heavy hitter, Fisher was none too sure as a fielder and lacked the aggressiveness and baseball intelligence that (Mike) Kelley demands of his players,” added George Barton of the Minneapolis Star-Tribune.

After his season with the 1930 Cardinals, St. Louis ownership sent him back to the minors because they had three other outfielders making less than the $6,000 Fisher made in 1930.

As his playing days wound down, Fisher bought a bar he called the Fisher’s Club on Middle Spunk Lake just west of St. Cloud, MN. There he added a dance floor and had free fish dinners on Fridays – fish usually caught by his kids. During the winters, he sold insurance.

He made it 95 years before passing away on 15 May 1994 in St. Cloud, MN. Fisher died of complications following hip surgery. He had spent the previous two years in a nursing home, but was a consummate outdoorsman and golfed regularly until he was 92.