Fred Waterman’s claim to fame is that he played third base for the 1869 Cincinnati Red Stockings, a team made famous because it toured the country playing all the best amateur, semi-professional, and (let’s face it) professional teams without losing a single game all year.

Frederick A. Waterman was a New York City kid, born in 1845 to William and Jane Waterman – Fred was the fifth of nine kids. While Jane raised a baseball roster, William worked as a cartman and later as a foreman, which hopefully paid him more money…

By 1865, Waterman had already moved from fairly good local baseball clubs to the best of the semi-professional clubs in New York City. He spent much of 1865 with the Empire Club of New York, then landing on the Mutuals by 1866. Soon after, he was heading west and playing for Cincinnati. In 1868, he was so good as a hitter that he was cited by the New York Clipper as being the best hitting third baseman in the game. The Red Stockings would go undefeated in 1869 and continue undefeated into 1870 before finally losing to the Atlantics of Brooklyn after more than 90 straight victories.

A few losses in the late summer of 1870 led to the disbanding of the Red Stockings – half the team following Harry Wright to Boston, the other half headed to Washington D.C. It’s possible that the Wright Brothers (Harry and George, and not Orville and Wilbur) kept only the players who were more temperate. For example, one story claimed the Red Stockings lost a game to Chicago in 1870 in part because Waterman met with “friends” and got drunk prior to a game on September 7, 1870. Waterman made two errors in the fourth inning that cost a run for sure, the Chicago Tribune noting, “Duffy to first, and Meyerle second on a grounder slobbered on by Waterman…” However, Waterman also scored two of Cincinnati’s six runs, made a couple of fine plays in the field and hustled on the bases. He hit the ball well, too, making only two outs and one of those on a well handled play in the field. (Harry Wright, Doug Allison and Andy Leonard combined for thirteen outs in the game batting in the 4 – 5 – 6 spots in the order behind Waterman, who batted third.)

Waterman joined the Olympics of Washington – he’d play with them in 1871 and 1872, until the Olympics folded. Waterman played for a club in Evansville, then returned to Washington DC to play with the Washington Blue Legs for the 1873 season. After missing a season – and trying to form a new “Olympic” club in Cincinnati – he played with Chicago in 1875. He hit .300 with some power and a willingness to take a free pass each year he was in the Association, though he became more error prone (ten errors in five games with Chicago) toward the end of his run. Still – Waterman was well-respected – he was asked to umpire games, including Association games from time to time. In fact, five years after his last Association game, Waterman was listed as a National League umpire for games played in Cincinnati.

Here’s a picture of the 1871 Olympics. Waterman is #4 at the left. His teammates from Cincinnati here include Charlie Sweasy (#5) and Doug Allison (#9) and Asa Brainard (#10). (Most of the rest of the Red Stockings landed in Boston – the ones George and Harry Wright liked anyway.) 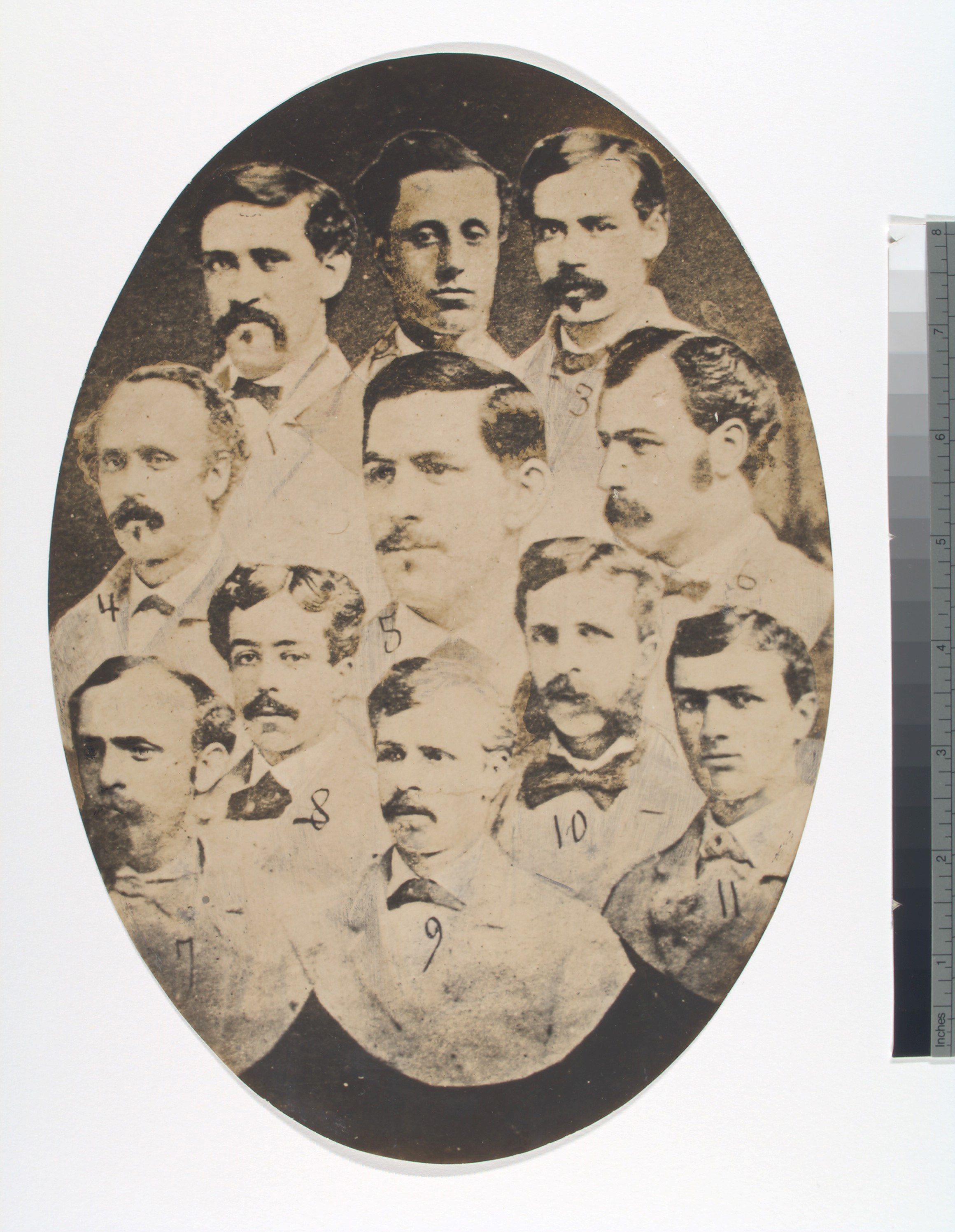 Waterman wasn’t finished as a player – just as a major leaguer. In 1876, he played with the Tauntons. The next year, he was listed playing in Canada with the London Tecumsehs, though I found a team photo from that season and Waterman isn’t in there… He was rumored to join an amateur team in Rockford, IL in 1878, just months after he required surgery to remove a bullet from his left shoulder. He was cleaning his revolver when the cartridge fired, sending a bullet his way. He kept playing, too, taking a position with a team in Nebraska for 1879. 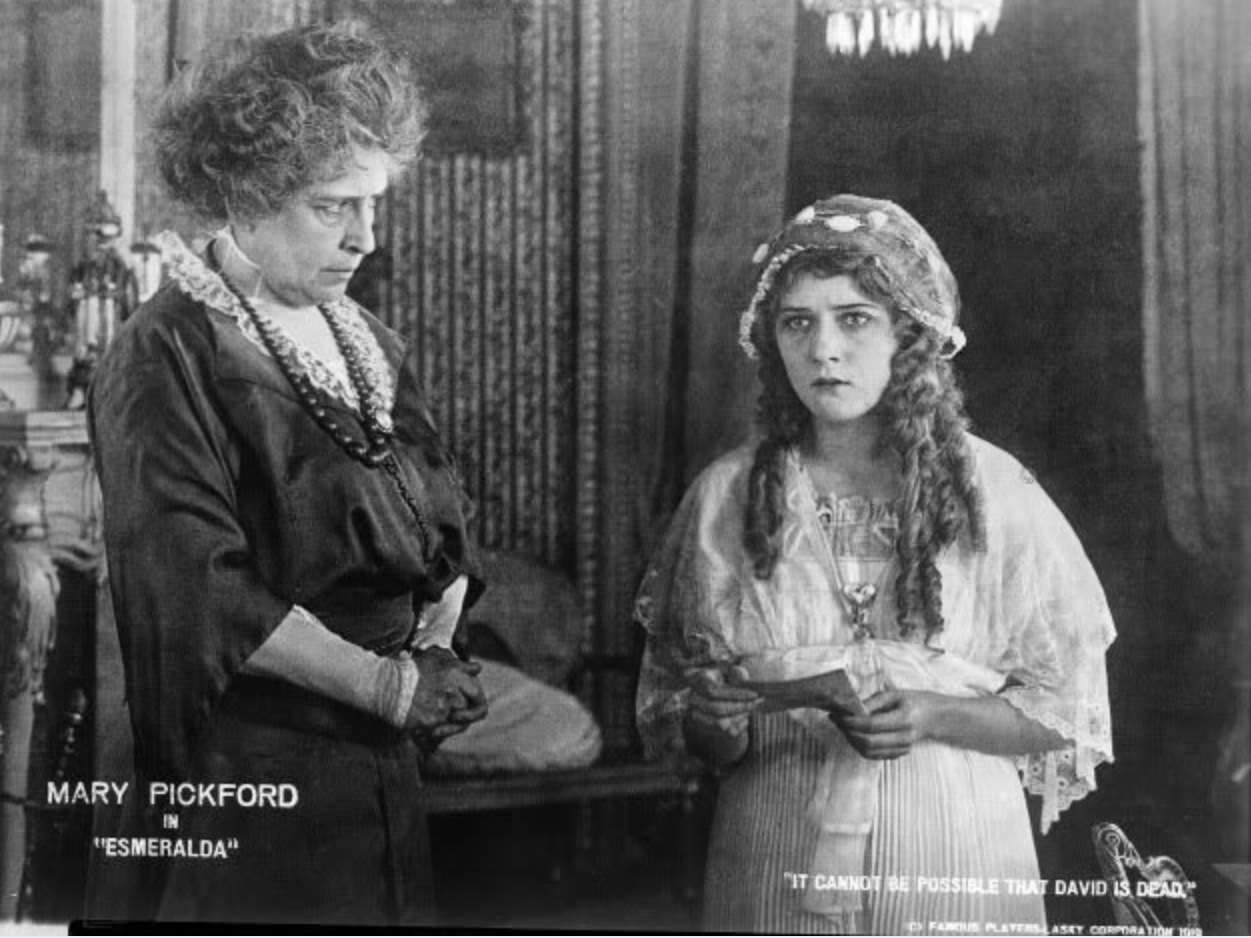 Waterman was briefly married in the early 1880s. His wife, the former Ida Shaw, filed for a divorce from Fred in the Common Pleas Court in 1884. An article found in the Cincinnati Enquirer in 1892 included a note where Ida Waterman claimed to be Waterman’s widow – except, of course, that Waterman wasn’t yet dead then. Ida Shaw was the daughter of a furniture manufacturer who took up acting when she turned 30 and used Ida Waterman as her stage name. She appeared in at least 29 films and numerous stage productions, acting alongside Maude Adams, Mary Pickford (that’s Ida at left with Ms. Pickford above) and Douglas Fairbanks, Sr. Ida Shaw (Waterman) Francouer passed away in 1941.

Waterman was gainfully employed (baseball and otherwise) through his baseball career (he once owned a cigar shop that advertised in the local Cincinnati papers during his playing days there). He also developed an interest in politics. In 1870, he considered running for a city councilman slot in Cincinnati. In 1873 Waterman tried to run for a Washington DC position in the 14th legislative district there as a Republican – as a newcomer, he needed additional documentation to prove he lived there full time. Years later, back in Cincinnati, Waterman was an alternate member of the 19th ward Republican executive committee. In 1880, after his baseball career was over, he was hired (and fired – cutbacks) as a Cincinnati police officer. Then, Waterman worked in the Cincinnati freight depot of the Dayton Short Line. By 1884, he was a watchman at a local Cincinnati park.

At some point Waterman fell off the map in the decades that followed his baseball fame. One source said he worked “odd jobs” – I found a city directory where he was listed as a bricklayer in 1894, and there’s an article from 1895 showing that former teammate Doug Allison checked in on Waterman while Fred was tending bar at a 5th Street liquor emporium in Washington DC. A year later, he must have been in bad shape. The Harry Wright Veteran Association tried to organize a benefit for Fred Waterman through a game played at Redland Field. When he died following an operation on December 16, 1899 he was destitute and his body nearly became a ward of the city. According to a city health department record, the cause of death was tuberculosis pyo-pneumothorax – tuberculosis with additional complications.

“The man who helped George and Harry Wright make baseball history died a wreck and friendless. His body is at an undertaker’s shop, and unless funds are forthcoming the city will bury him.”

A number of old friends and fans pitched in and a funeral was held at Wesleyan Cemetery in Cincinnati.. Some modern locals, supported by the Reds, though have upgraded his resting place, giving him a gravestone and remembering his role in creating one of the first great professional teams before there were major leagues.